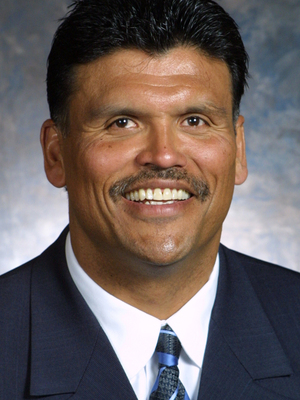 Anthony Munoz, the 1990 recipient of the Bart Starr Award, has received virtually every possible honor in the NFL. He was elected to 11 consecutive Pro Bowls and was named All-Pro 11 straight times from 1981-1991. Munoz played for the Cincinnati Bengals from 1980-1992 and started 164 of 168 games. He was inducted into the NFL Hall of Fame in 1998.

After retirement, Munoz broadcast NFL games on TV and radio, coached high school football, spoke at hundreds of schools, churches and businesses and volunteered for community work. But his number one passion and priority is his family – his wife, DeDe and children, Michael and Michelle. Munoz recently started the Anthony Munoz Foundation to benefit youth in the Cincinnati area.