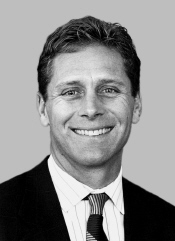 Steve Largent, the 1989 recipient of the Bart Starr Award, was a record setting pass receiver with the Seattle Seahawks for 14 years. He set six different career records including thenNFL record in passes caught (819) and TD passes caught (100). Largent participated in seven Pro Bowls. In 1988 Steve Largent was named NFL Man of the Year and in 1995 he was inducted into the Pro Football Hall of Fame.

Largent served over seven years as a Member of the United States Congress, representing the First Congressional District of Oklahoma. He currently runs a telecommunications company in Washington D.C.